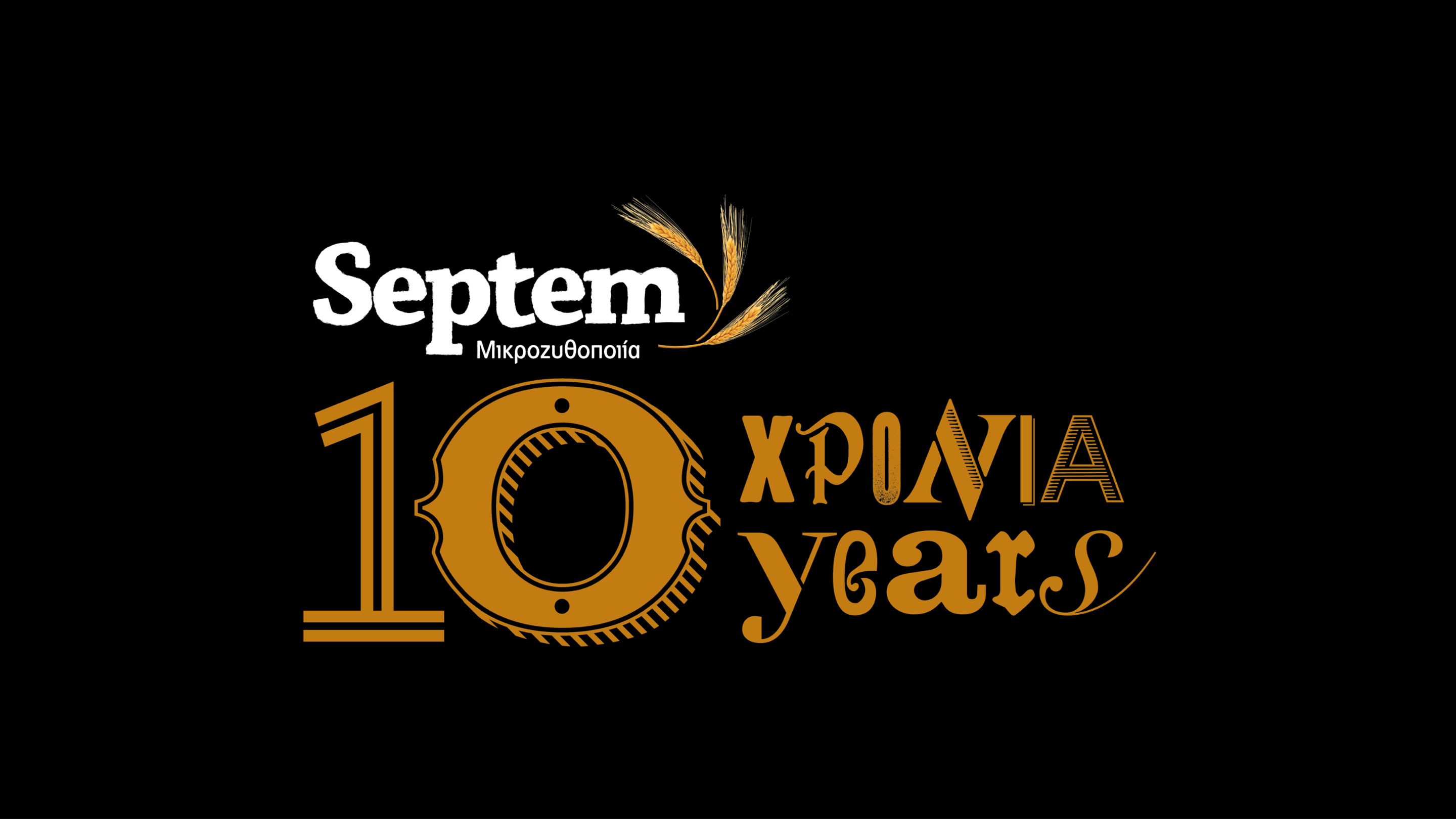 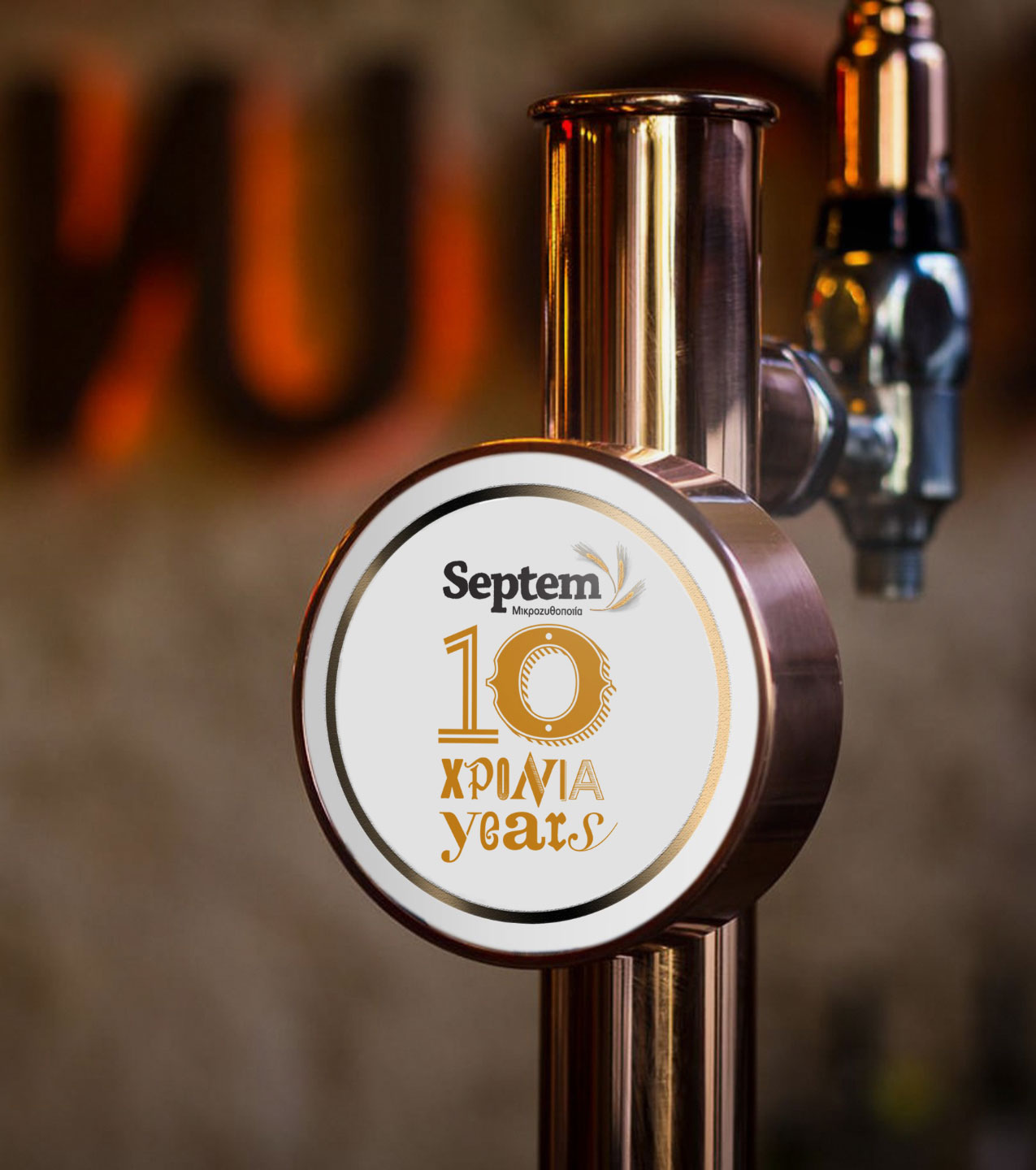 Septem Microbrewery celebrates its 10th anniversary (2010-2020) as the pioneer and innovator in the Greek craft beer scene.

The array of international awards sets Septem as a star player in beer crafting and an alchemist in the combination of malts and aromatic, bitter and exotic varieties of hops from around the world.

To enhance the crafted nature of production and the masterful, knowledgeable and ritual-like creation and consumption of the Septem beer, we brought together different elements and typography on the design, like a dedicated beer maker does.

The unique character of each design element keeps the special flair and yet is able to blend with the others in unison, in a choice of colors that symbolizes the beer hues themselves. Cheers to a magnificent celebration of taste and craftsmanship! 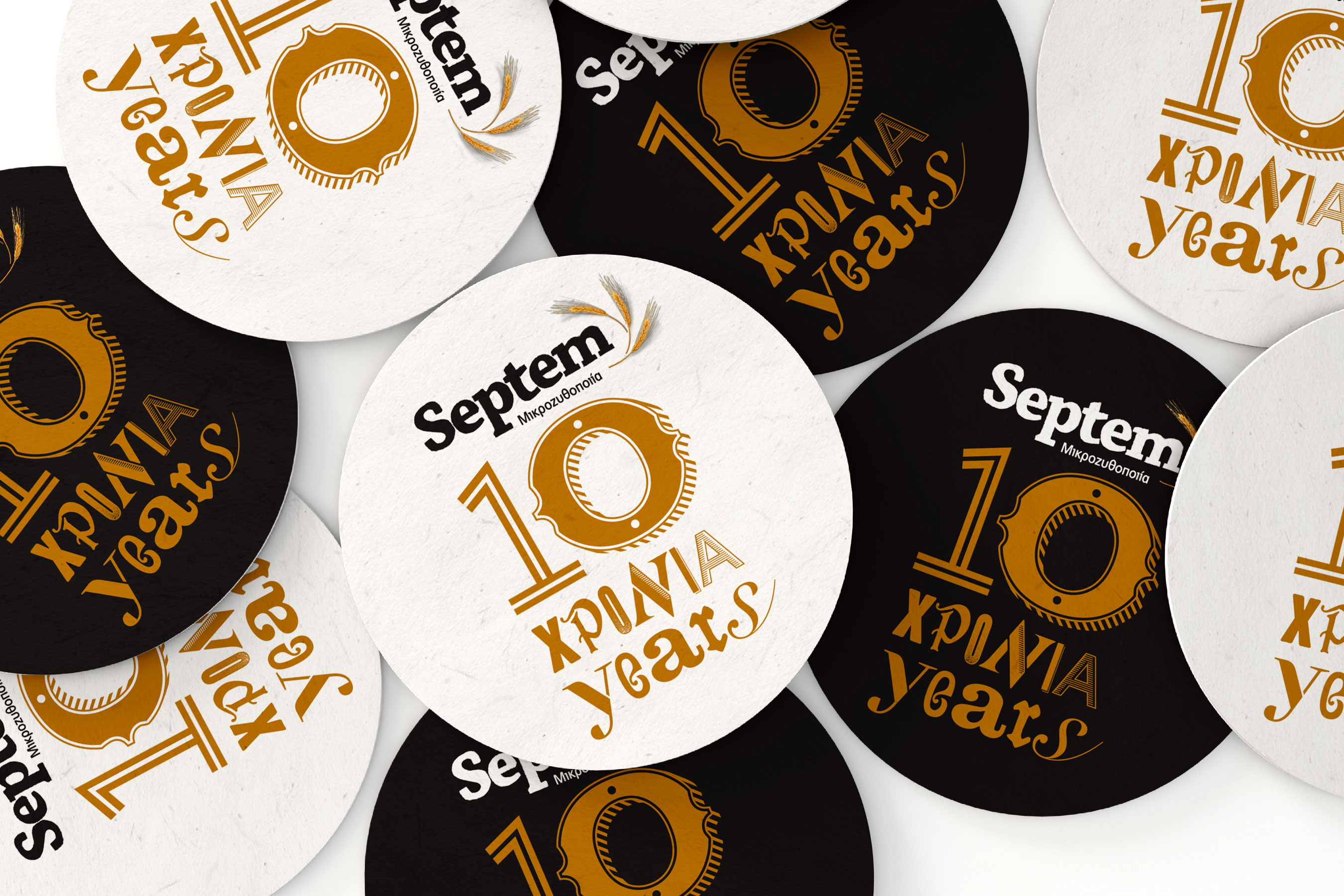 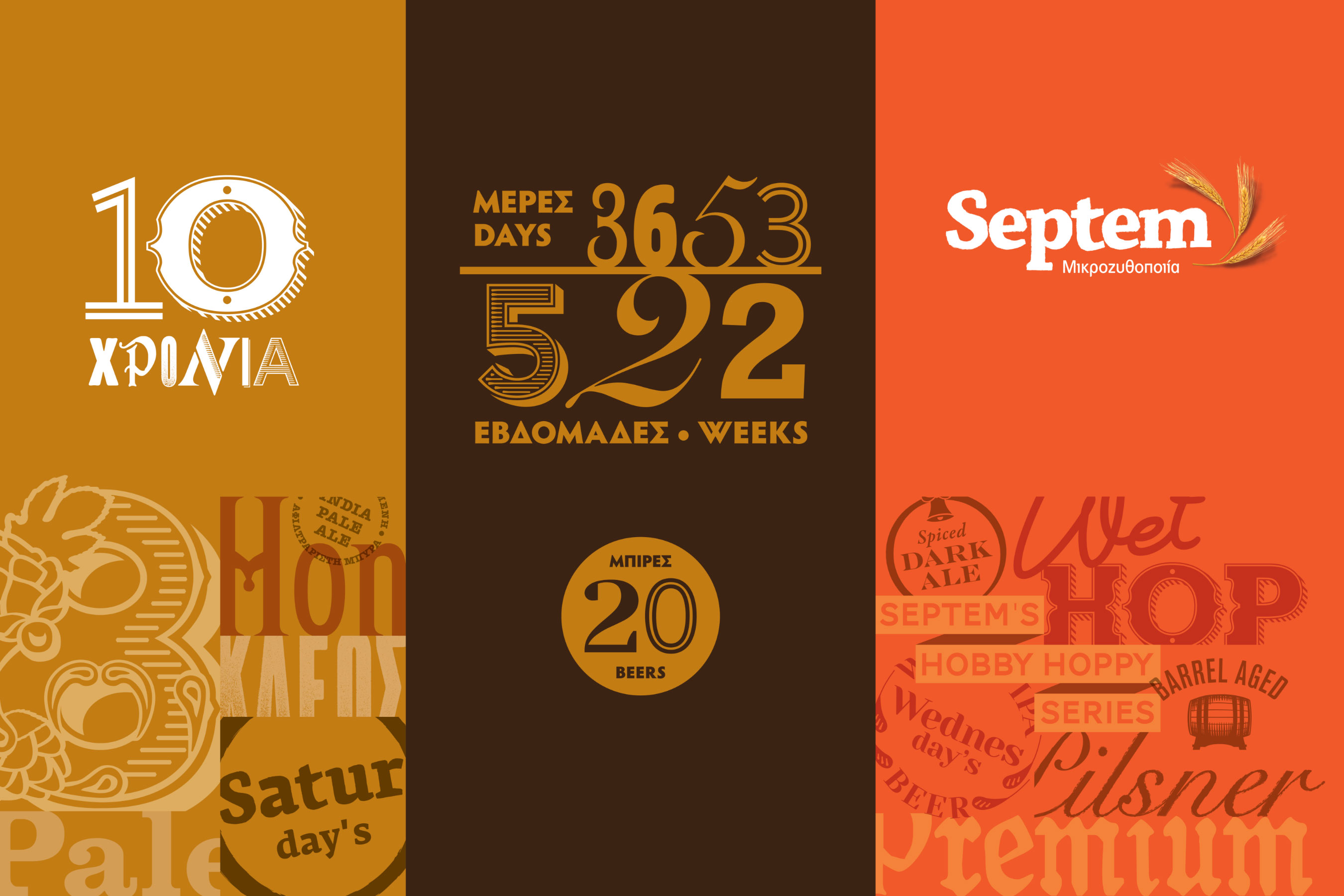 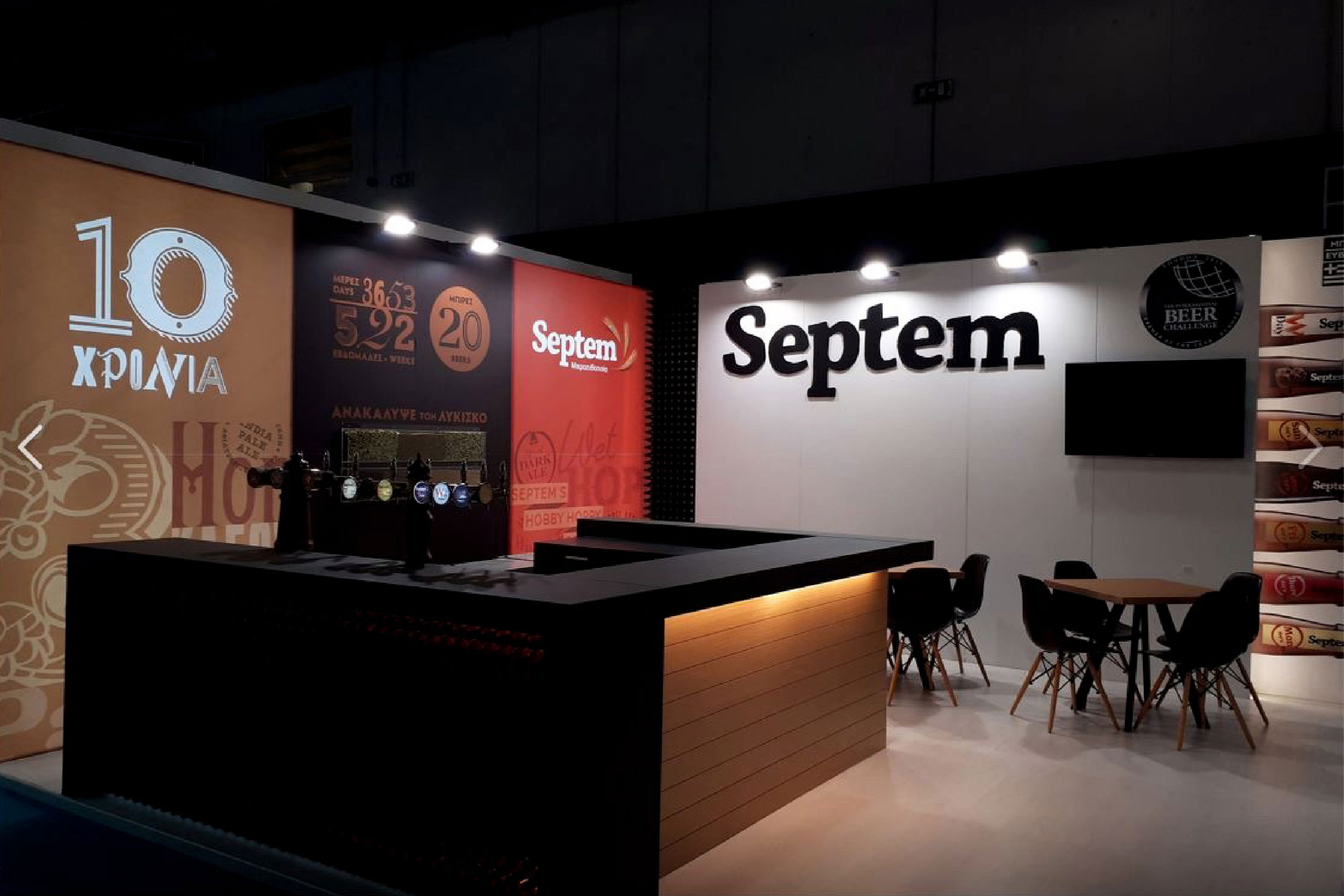 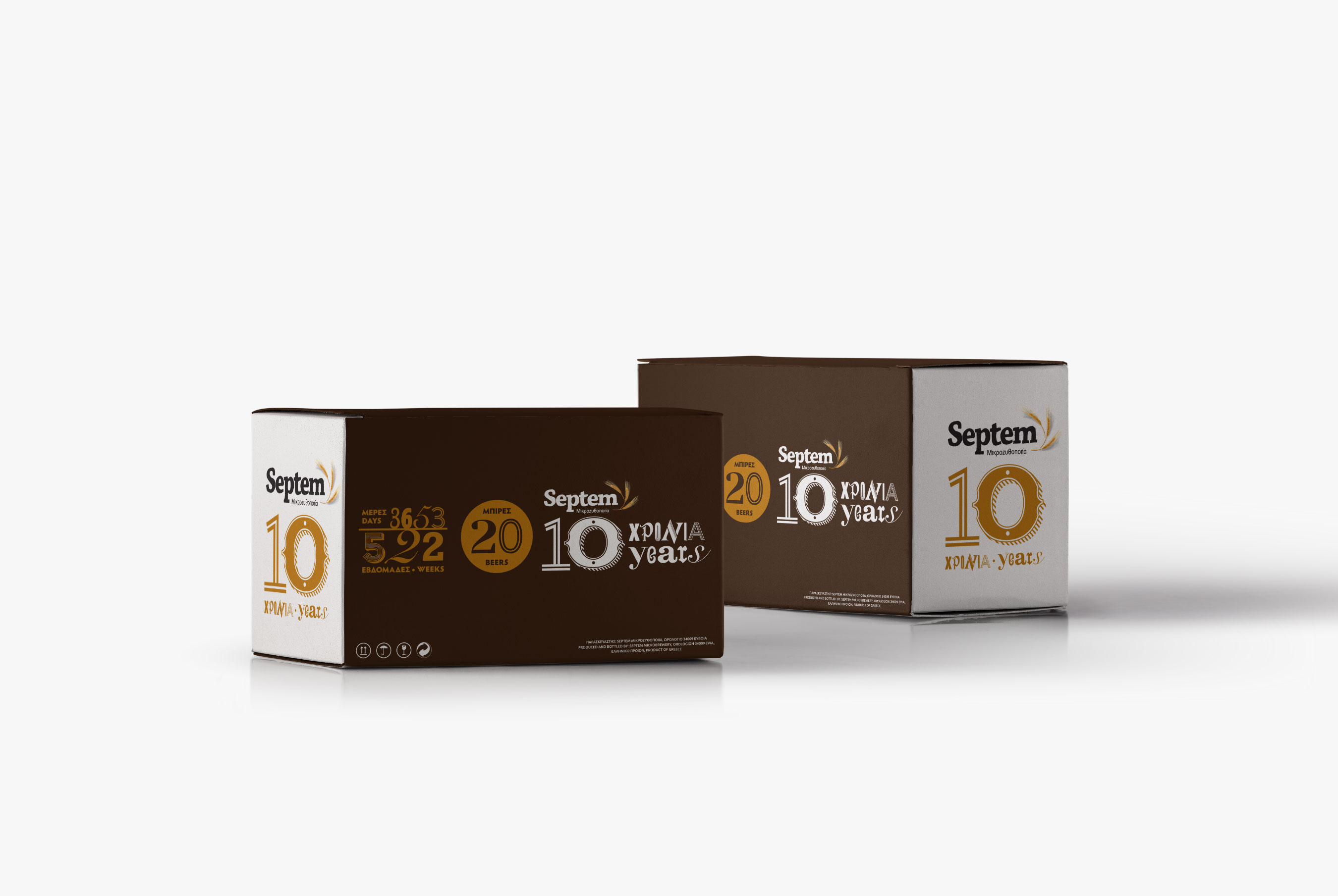