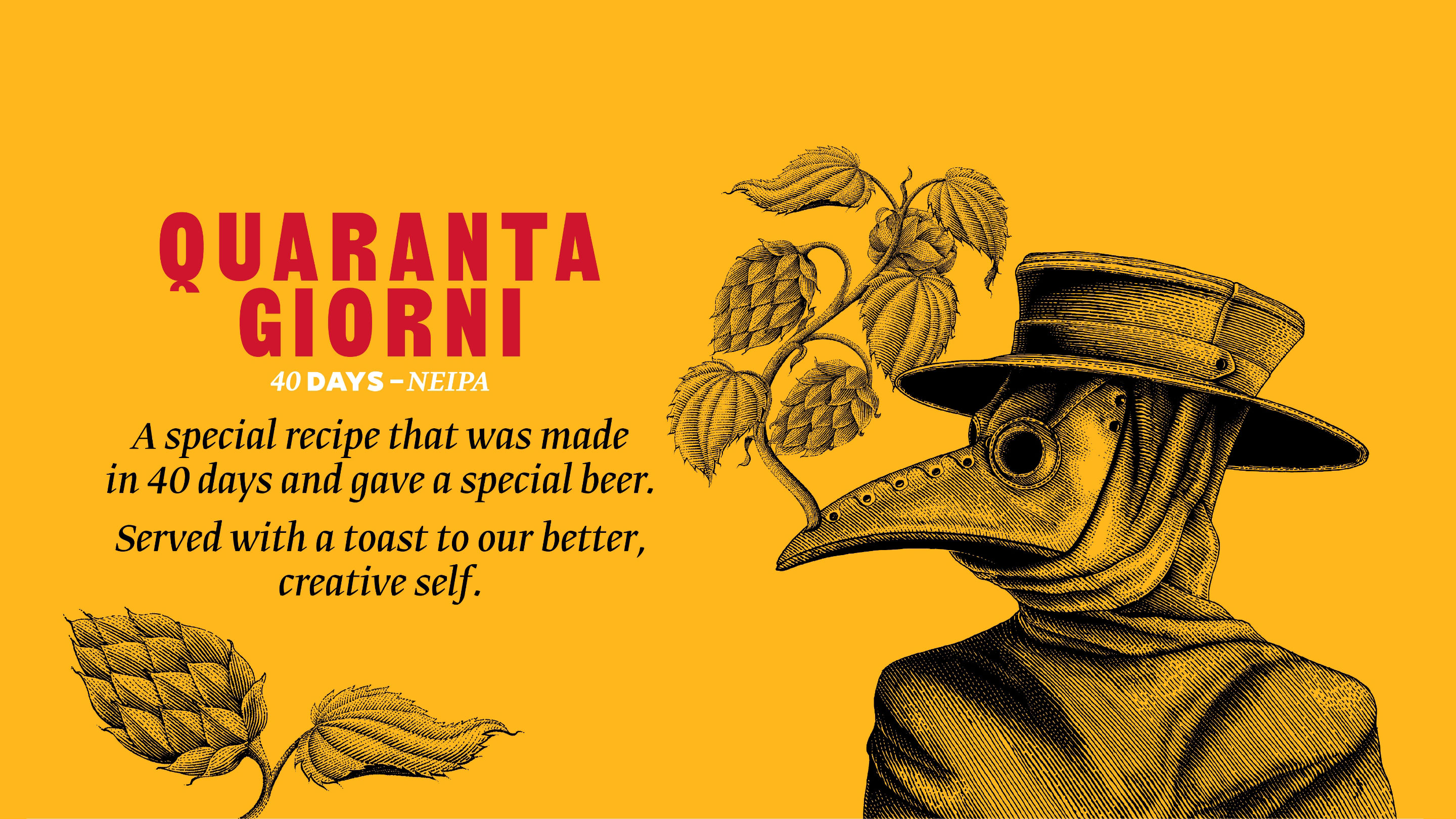 A toast to our better self 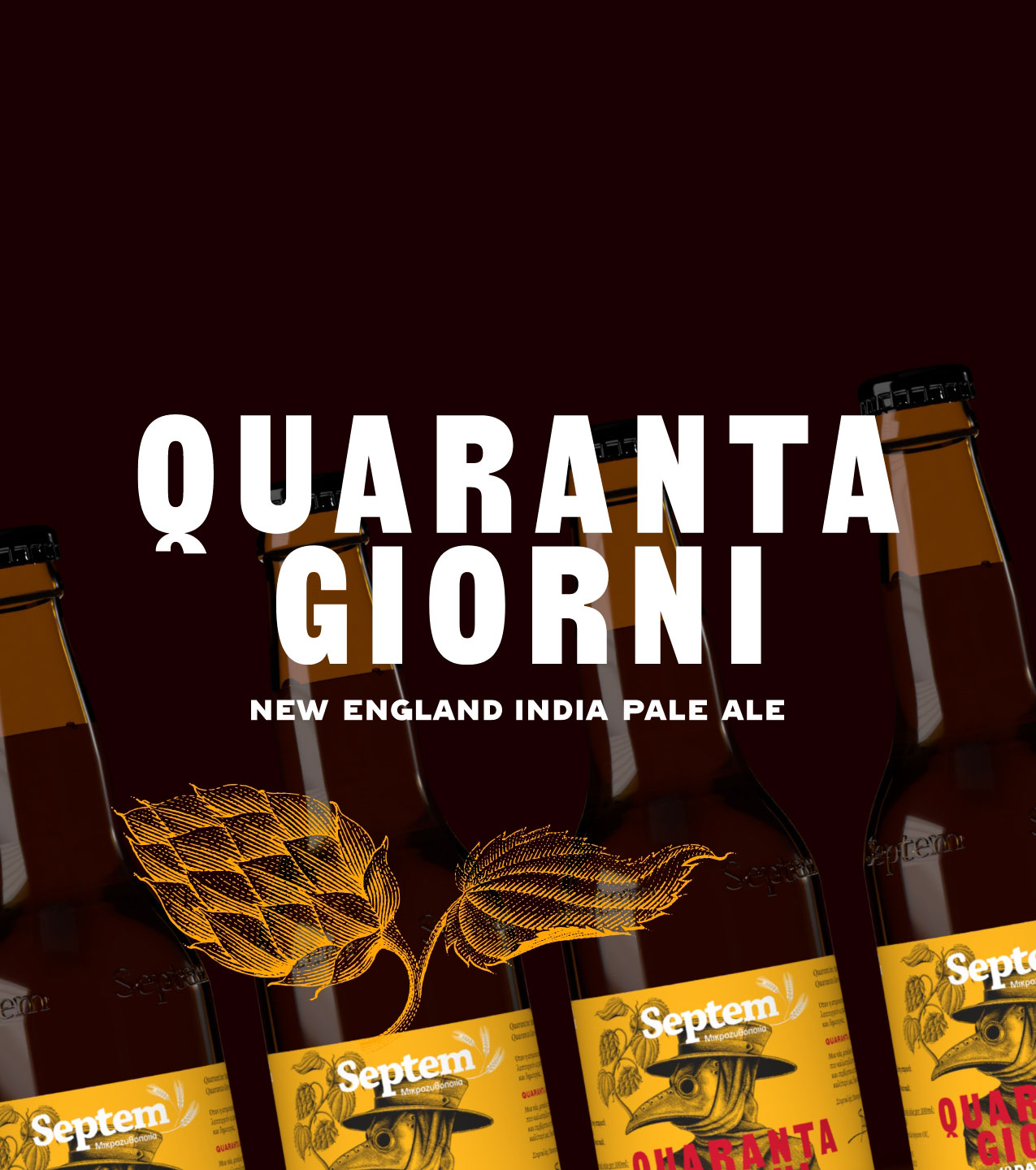 And then, suddenly, in the year 2020, the world is forced to a full stop. The global quarantine made us pause and ponder. What comes next? How much flavor do we put in our life?

Sofoklis Panagiotou, the Septem Microbrewery producer and owner, had this in mind when, during quarantine, he crafted a special edition of New England IPA Beer, the Quaranta Giorni (quaranta=40, as in quarantine and giorni=days).

We chose to brand this inspired beer with 'Dr. Beak', the plague doctor mask, worn by physicians in the 17th century in Europe. The bird-like mask had this beak because it was then believed that this disease was airborne and thus it was filled with strong smelling substances (spices and herbs).

This image, as a reminiscent of the quarantine of the 17th century and the similarity of strangeness it has to our modern quarantined world, acts as a symbol: it makes us think of the next day and urges us to a toast that our new, better, more creative self deserves. 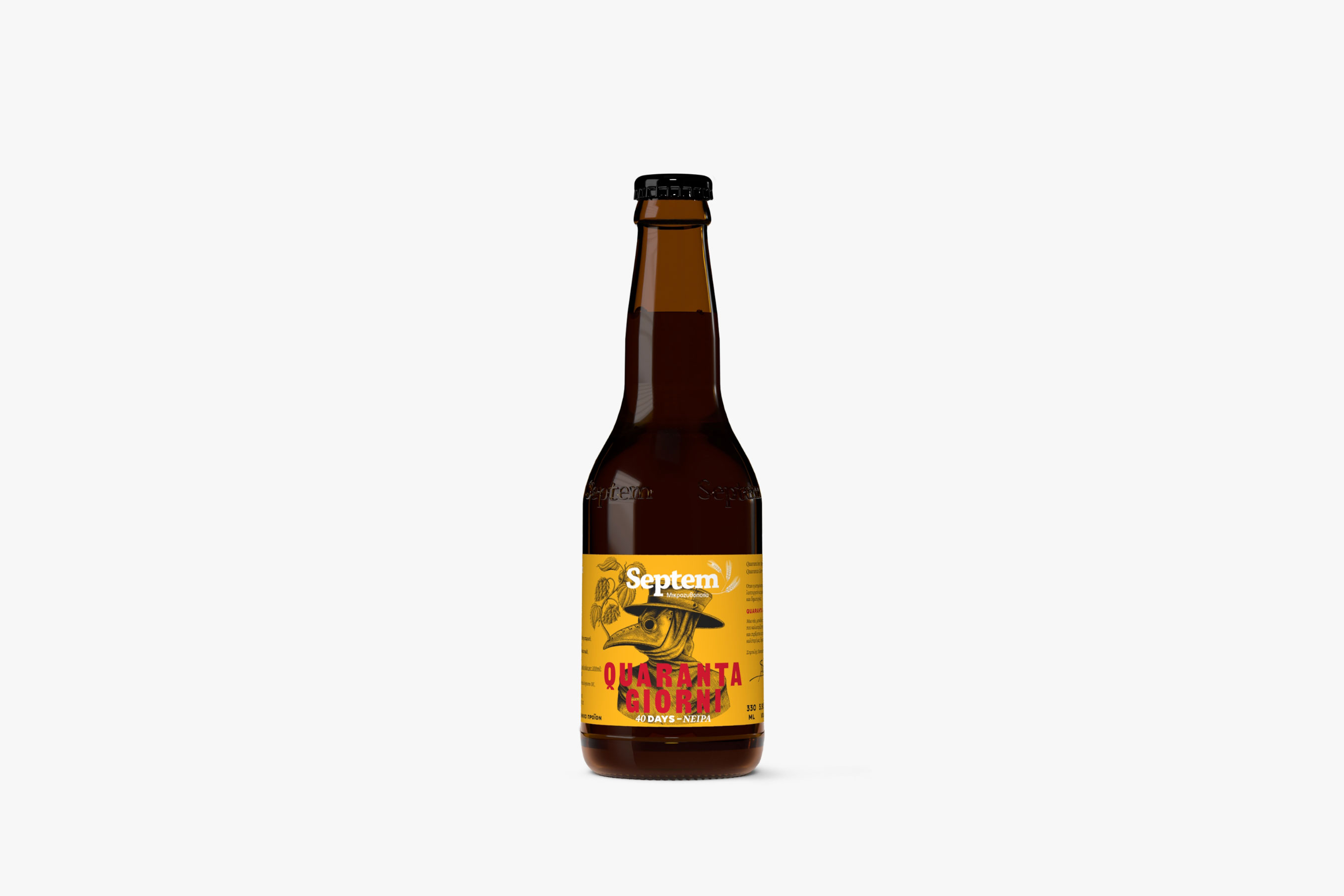 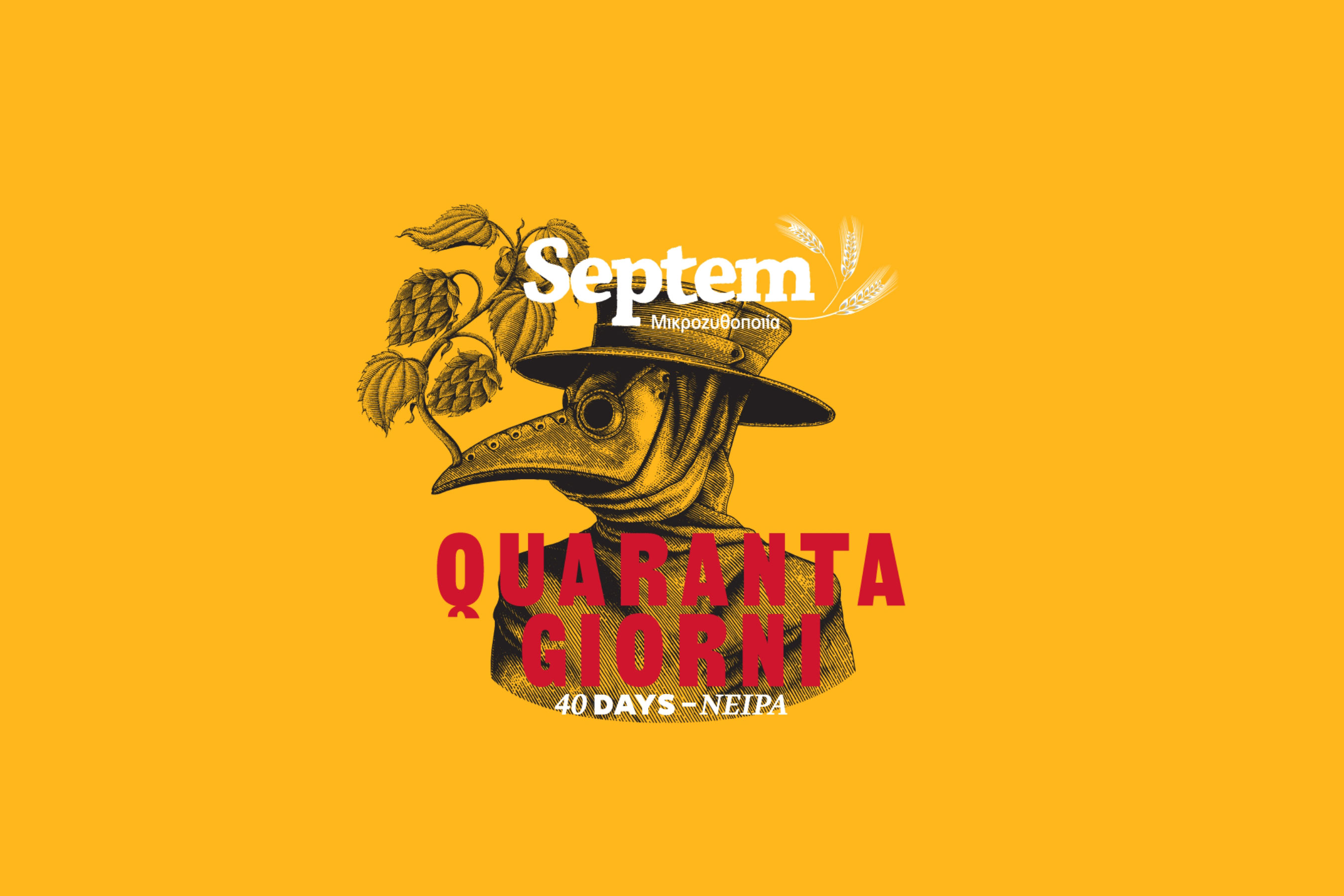