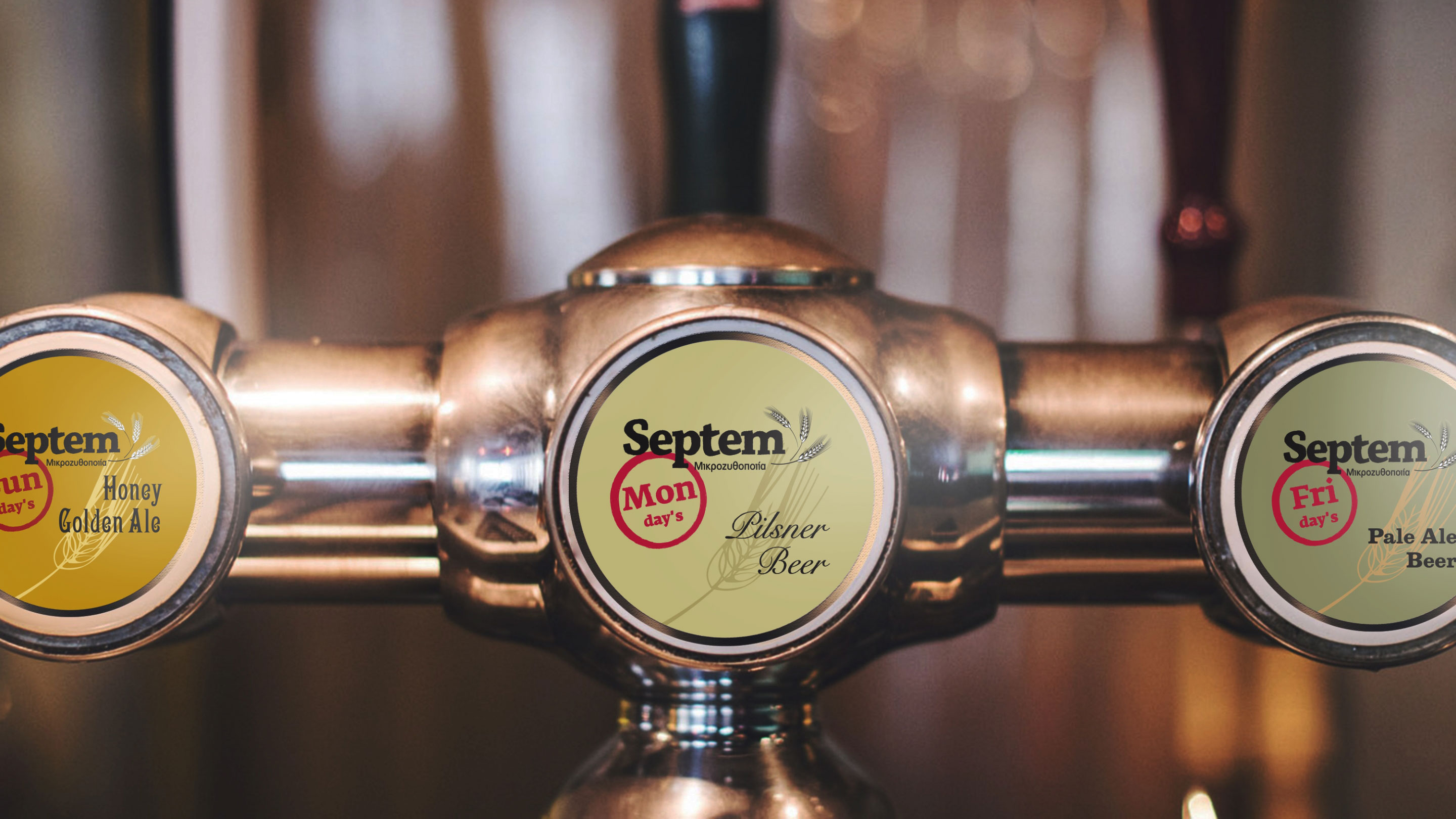 A beer that saves the day 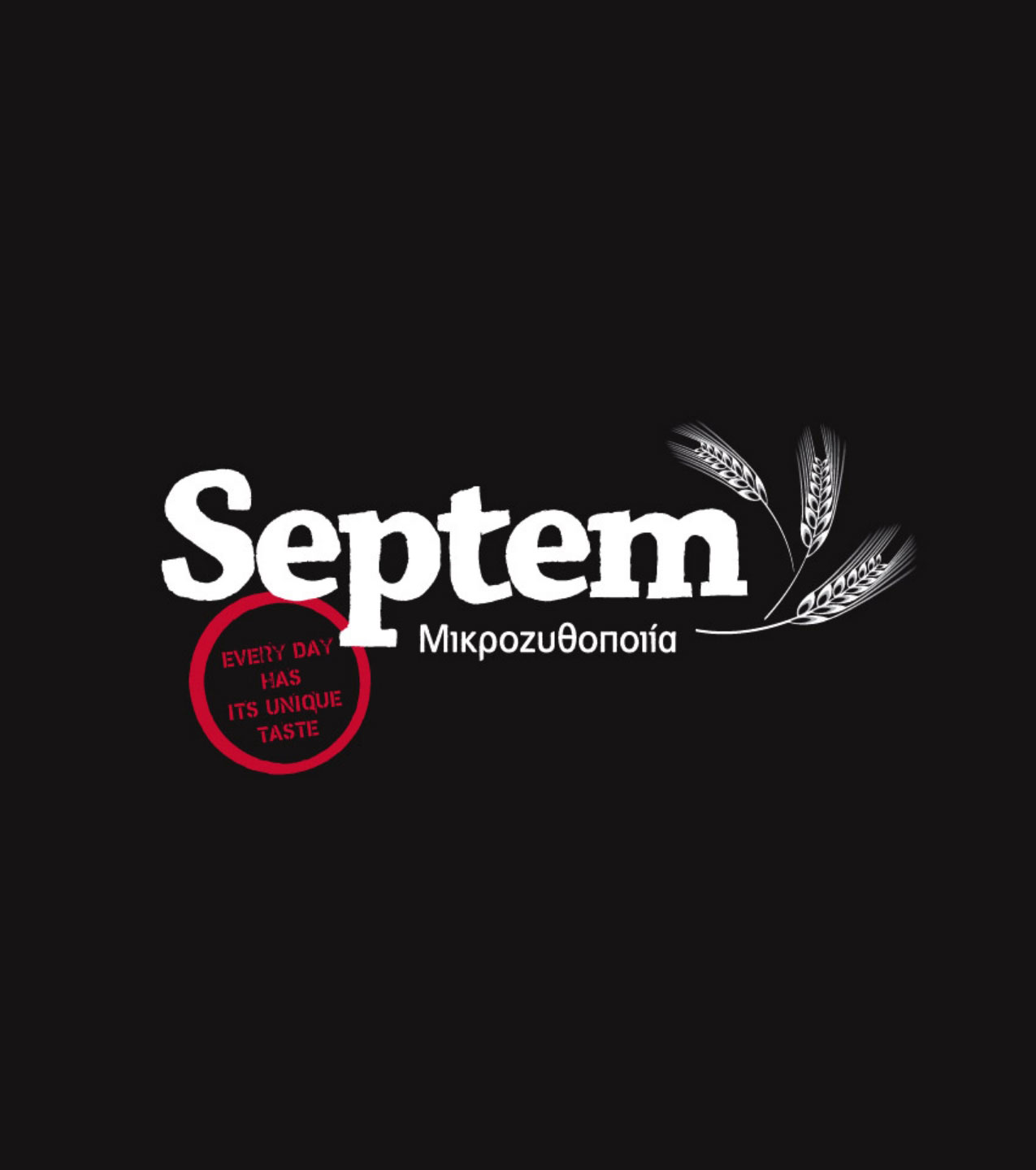 The number of creation: seven (septem in Latin). Septem Microbrewery was born on the island of Evia, in Orologio, by the chemist and oenologist Sophocles Panagiotou and the economist Georgios Panagiotou. The first batch of fresh unpasteurised beer called us to a toast in June of 2009.

The philosophy and ritual of winemaking is applied to beer crafting using barley malt, honey and whole-hops of the finest quality.

Seven distinguished beers, named after the days of the week, bottled, labeled and promoted in accordance with the brand story and the identity system we created.

Our aim was to highlight the originality, the venture and the products, without crossing the traditional boundaries of beer.

Septem has become iconic among its niche market, enjoying wide commercial success and being exported in various other countries. Since its birth, Septem beer has won several honours and awards globally. Let's drink to that! 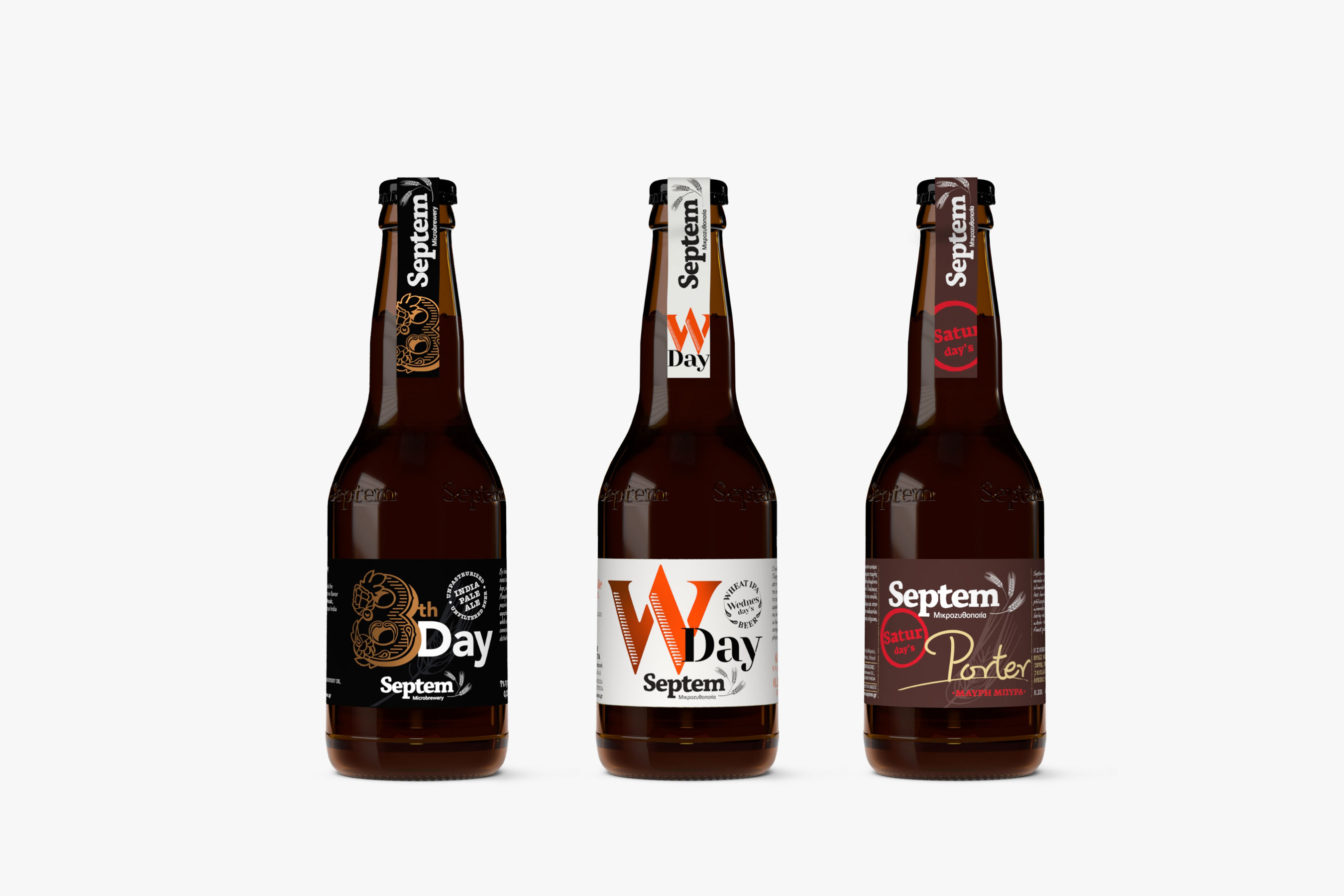 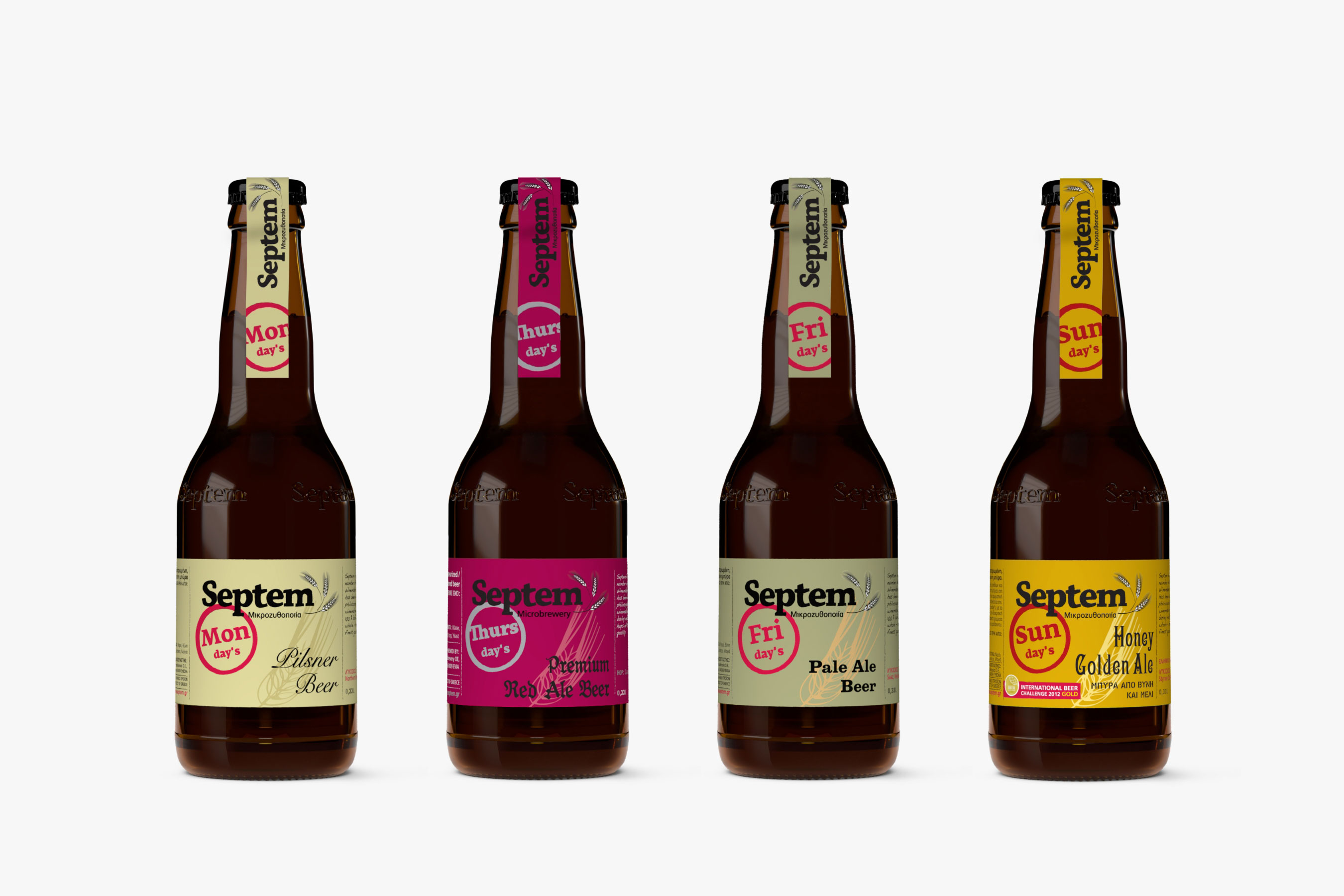